While growing up in the woods just outside of Castle Rock an Longview, Washington, Navy veteran Michael Hurley always dreamed of owning a tree farm. Today he and his wife, who is a former Arkansas state trooper, are living that dream on their 128-acre tree farm located on the headwaters of Salmon Creek nestled within a surrounding landscape dominated by Douglas fir, Western hemlock, red alder, and western red cedar. Michael’s efforts in making this tree farm a reality was an effort in itself. 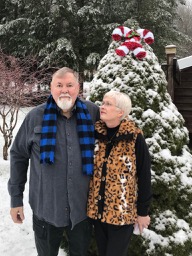 In 1975, Michael saw the 35-acre beginnings of his tree farm while home on leave as federal narcotics agent stationed in Ankara, Turkey. He decided to expand his farm and purchased the surrounding land; many of these transactions occurred while Michael worked as a DEA agent, traveling throughout the US and working in places such as Nicosia, Cyprus. With such a busy life, his opportunity to visit his tree farm only occurred every two years, and with each visit, he wanted more and more for retirement. By 2002, Michael finally owned all 128 acres of what is today the Hurley Tree Farm and in the early 2000’s was able to live his dream.

The Michael Hurley Tree Farm is a tree farm that emphasizes Michael’s belief in sustainable forestry and wood utilization. His continued emphasis on forest health and sustainability, as well as a keen understanding of forest products, led to him purchasing a Wood Mizer mill so wood from his property could be cut to various purchaser specifications. His company, Wetset Enterprises, offers a variety of hardwood and softwood lumber products. In 2006, Timber West Magazine featured him in an article about his sawmill.  He has constructed several buildings on his property with wood that was milled at his tree farm. Michael’s talent in interior paneling always impresses those who visit him.

To provide for his future wood needs, he has a continuous program of density management and reforestation that emphasizes forest health and growing wood. Until recently he did most of the logging himself and with family and friends. He has a keen understanding of the biotic and abiotic factors that affect his tree farm and utilizes a variety of selective and even-aged harvest techniques.

When he needed to harvest some 80-100 year old Douglas-fir, her hired the best, his brothers, Dale and Jerry, to put them on the ground. His youngest brother Rocky prepared this video about the falling.

His efforts in sustainable forestry were first officially recognized when he became certified by the Forest Stewardship Council in 2009 and the American Tree Farm System in 2016.  In 2016 he was named Lewis County Tree Farmer of the Year and was a nominee for 2017 Washington State Tree Farmer of the Year.  This video, prepared by the Washington Tree Farm Program for his 2017 nomination, provides more information about the Micheal Hurley Tree Farm. 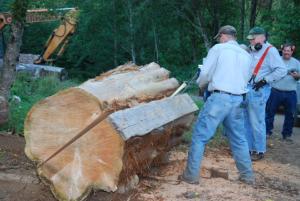 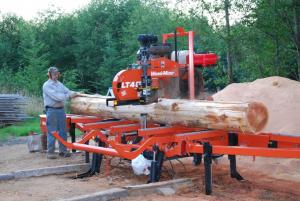